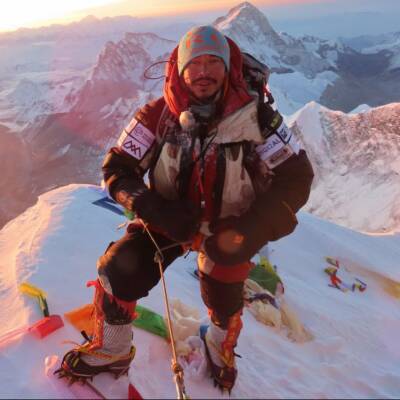 Nirmal ‘Nims’ Purja was born in the Dhaulagiri region of Nepal, at an altitude of 1600m, and grew up in Chitwan. He joined the legendary Brigade of Gurkhas in 2003 before becoming the first ever Gurkha to make the rank of SBS in 2009.

Nims was appointed a Member of the British Empire for his outstanding work in high altitude mountaineering. On the 29th October 2019, Nims completed his #ProjectPossible challenge to summit Earth’s 14 highest peaks in just 6 months and 6 days, smashing the previous record of almost eight years and taking his place in mountaineering history. His first book, BEYOND POSSIBLE, debuted in 2020 and has since been sold into seven territories; the story of his journey has also been made into a Netflix documentary film, 14 PEAKS, which dropped on 29th November 2021.