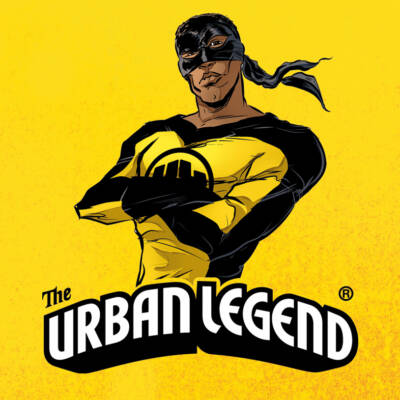 The Urban Legend is the premier comic book series coming out of Norway with a growing global fandom. By day TUL lives as Malcolm Tzegai Madiba, a youthful and hardworking schoolteacher of Eritrean descent. By night he’s The Urban Legend, a local crime fighter who stands up to the gangs, mafiosos, and corrupt politicians that run rampant in his hometown of Capital City.

TUL has no superpowers but his compassion, heart and will are enough to overcome anything. Malcolm is also an expert martial artist but does not flaunt his abilities. What sets Malcolm apart from other heroes is his kindness, integrity, compassion, and inspiration. He takes these attributes further than all the others to truly make a difference in the world. Malcolm is just as much of a hero even when he’s not in a costume. As his exploits grow in notoriety so does “the legend” and soon his alter-ego is designated savior of his beloved hometown.

TUL is already a big hit comic book series in Norway, where it is sold by major retailers, covered in mass media, has won several awards, and has a growing international following.

TUL has previously forged partnerships and collaborated with organisations dedicated to social and societal change including The Nobel Peace Center, The Nelson Mandela Foundation, The Malala Fund and 20th Century Fox.

TUL special issues are being used in school curriculum on three continents including Norway, Brazil, and South Africa teaching a powerful message about bullying, climate change, social injustice, empowerment, and racism through their special themed issues.

TUL is created and written by Josef Yohannes, an ethnic Eritrean, who was born in Copenhagen, Denmark as a twin in 1980. At nine years old, he and his family moved to Oslo and Norway. Yohannes began his career as a party promoter for musicians, celebrities, and brands. As he grew older, he decided to study human rights and social sciences. While studying at the University of Oslo in 2009, Yohannes was chosen to attend a UN Student Conference. The conference was sponsored by Harvard University.

In 2010, Yohannes visited Botswana, South Africa, and several other African countries. While abroad, Yohannes got the idea to combine his creativity and passion for social service with the creation of a new comic superhero called The Urban Legend.

Yohannes was inspired by the struggle of children worldwide who are facing poverty and other social ills. Yohannes wanted to do more for global youth, especially African youth, and provide them with hope and inspiration on a larger scale. This was the beginning of The Urban Legend, the world’s first global black superhero.

TUL comic book series is illustrated by Newtasty and produced by Sajid Malik.

See more about The Urban Legend