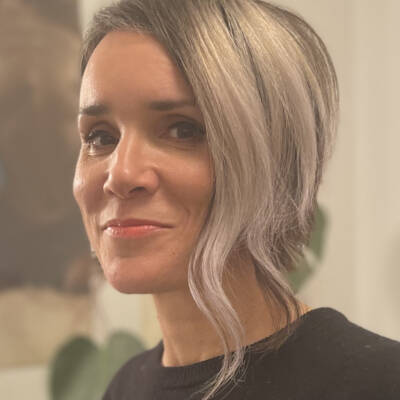 Born in Essex in 1971 and affectionately described by a high school teacher as “The kind of girl who’ll be found dead in a ditch”, Charlotte nevertheless went on to study English at UCL and run her own publishing company, proving that people with questionable backgrounds can succeed, provided they know how to distance themselves from their pasts.

She has a huge passion for sitcom and her initial foray into writing resulted in an option from Tiger Aspect for her first script – a show inspired by her husband’s complete lack of social awareness and its negative impact on her standing in the community.

In 2019 she was commissioned by BBC Studios to write and perform a Pinteresque sketch as part of Sky Arts’ PROFILES series with co-writer, Georgia Mackenzie. The piece was shortlisted for a Comedy CHORT award.

In 2020 she was selected for one of six places on ERA 50:50’s TellHerVision all female writers’ room, mentored by Joanna Scanlan.

Her ghost written work has appeared in the national press and online.

She is currently collaborating on a major new work of non-fiction with writer/presenter, Susannah Constantine.