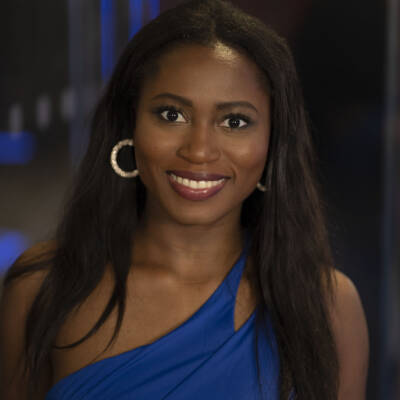 Esther Krakue is a writer and broadcaster whose work has been featured in the Daily Mail, the Daily Express and Spiked Online.

A Politics and French graduate from the University of Bristol, Esther started her career as a key contributor for the Conservative student grass roots organisation, Turning Point UK. She went on to have a show with the group, where she interviewed many prominent faces including Douglas Murray, Peter Hitchens and Brendan O’Neil.

Esther has been appeared on Sky News, ITV, LBC, Talk Radio and GB News.
She is now a panellist on the The Talk, shown on Talk TV. She also has a Youtube Channel (‘Soapbox’) with the broadcaster and property entrepreneur, Russell Quirk.