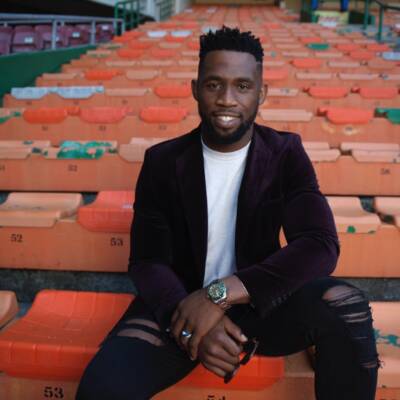 Siya is a South African professional rugby union player who currently captains the South Africa national team (the Springboks). He was appointed the captain in 2018, becoming the first Black man to ever hold that position, and led his team to victory in the 2019 Rugby World Cup Final against England.

Alongside his extraordinary talents, he is also a true philanthropist: in 2020 Siya and his wife launched The Kolisi Foundation which, in response to the pandemic, provided PPE to healthcare workers and delivered food parcels throughout South Africa.