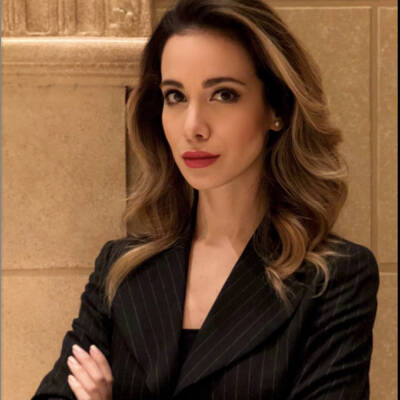 Tara Kangarlou is an award-winning American journalist, television host, and author who has reported, written, and produced for NBC-LA, CNN, CNN International and Al Jazeera America, covering some of the most pressing issues in the United States and around the world. Her writing and reporting have also appeared in news outlets such as TIME, Vanity Fair, The Huffington Post, and Al Monitor. She has previously served as a fellow at the East West Institute and the McCain Institute for International Leadership, and is a frequent contributor on various international news outlets covering the MENA region, foreign affairs, and humanitarian issues. Tara’s expertise ranges from covering global conflicts and the Middle East to international and cultural affairs.

While at CNN, Tara was involved in covering major domestic and international news stories such as President Obama’s 2013 Inauguration, the Boston marathon bombings, and the 2014 Russia-Ukraine crisis. In 2015, she led Al Jazeera America’s team with unprecedented access to report and produce from inside Iran during the historic nuclear negotiations. Tara has also reported from Cox’s Bazar, Bangladesh—the world’s largest refugee camp—covering the ethnic cleansing of Rohingya Muslims fleeing from Myanmar. She has also interviewed many global leaders, heads of states, and senior government officials in the US and around the world. In recent years she has spent much time in the Syrian border regions of Lebanon, Turkey and Jordan reporting and covering issues that impact Syrian refugees, host countries, and the region at large.

In 2016, as a result of her work in the field, Tara founded Art of Hope, the first American nonprofit strictly focused on supporting the mental health and psychosocial needs of war-torn refugees in Lebanon—a country with the largest concentration of refugees per capita in the world. In 2017, she anchored the entire live coverage of the Concordia Summits in New York City on the sidelines of the 72nd United Nations General Assembly. That same year she was a keynote speaker at the first International Summit For Syrian Education in Istanbul where she addressed global leaders on the harrowing challenges faced by Syrians and other refugee children worldwide. In 2018 she was the recipient of the Ted Sorensen Award from Network 20/20 for her impact journalism and humanitarian work in conflict zones.

Tara’s highly acclaimed debut book THE HEARTBEAT OF IRAN was released in June 2021 (IG Publishing) and has been subject to high praise by The New York Times, Politico, LSE, Kirkus Review, and Library Journal. Far from being a political narrative, the book invites readers into the heart and soul of a country that’s often seen through news headlines and a political fog that blurs the realities of life for millions of Iranians inside the country. Each chapter is a deeply nuanced, textured, and intimate journey into the diversity of beliefs, struggles, and complexities of life in today’s Iran – all told through the real stories of its people. To date, Tara has held dozens of in-person and virtual book talks in the United States and the UK with various prestigious think tanks, universities, and organizations.

Tara is a global advocate on Mental Health for war-torn children and refugees; and throughout her storytelling she continues to help build-bridges, connect cultural & social divides, and foster dialogue among people of different cultures, countries, and backgrounds. Tara was born in Tehran, Iran and moved to the US in her late teens. She holds a BA in English Literature from UCLA and a MA in Journalism from USC. She currently lives in London.

You can find out more about Tara and her work here.