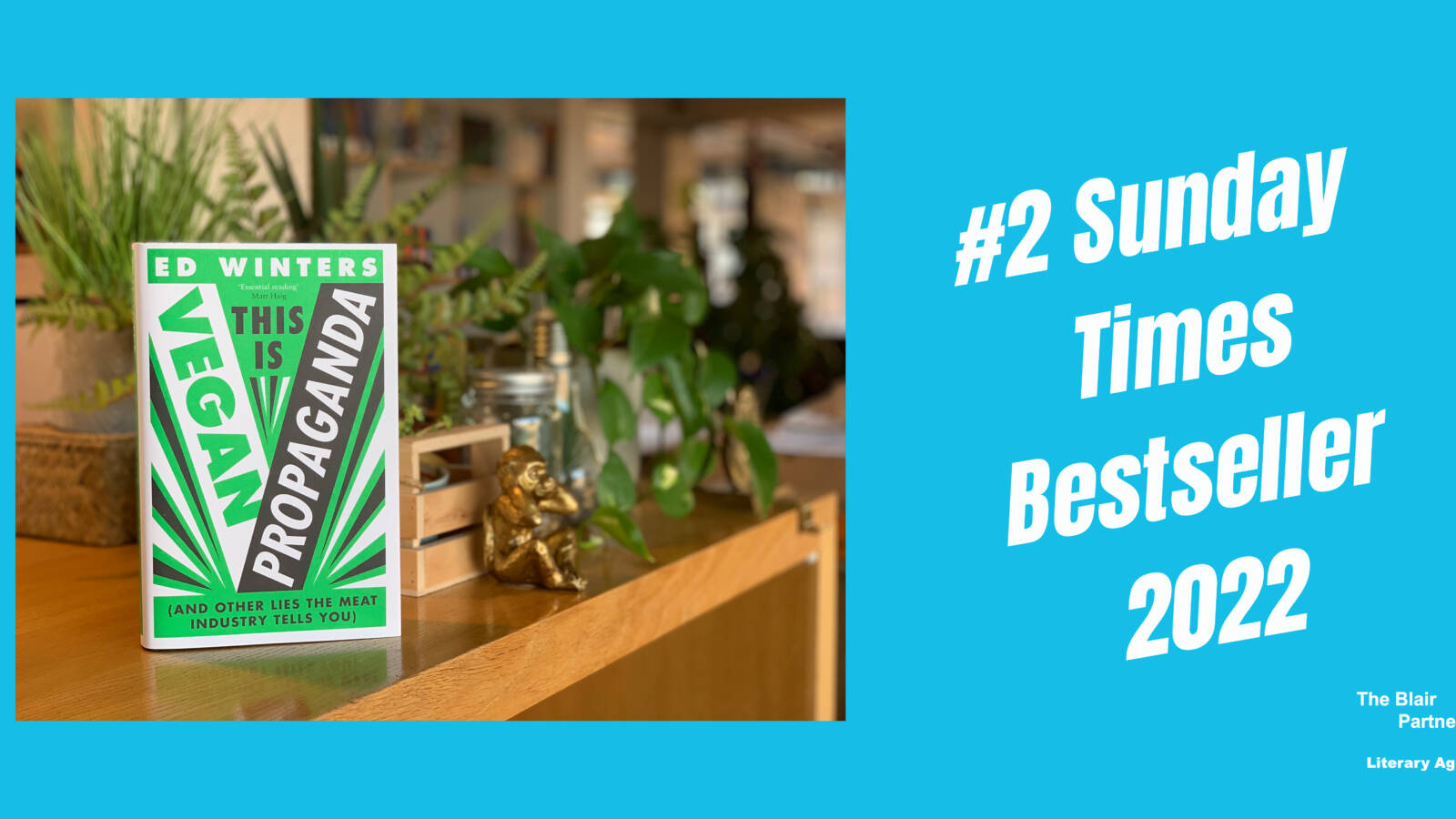 This year we’ve decided that every month we’ll put together a roundup of some of TBP Agency’s highlights. We’ll be sharing our clients’ wins—from publication days to translation deals to awards—and hoo boy is January a good place to start:

Earthling Ed, a.k.a Ed Winters, published his debut book THIS IS VEGAN PROPAGANDA with Ebury on 6th January, and immediately shot up the bestsellers list, where he remained for a further two weeks.

Then, on 13th January, we had another publication: OTHER PARENTS by Sarah Stovell.

Louise Jensen’s gripping, twisty thriller ALL FOR YOU

And to complete the hat-trick, Louise Jensen’s ALL FOR YOU debuted with HarperCollins on 20th January, and was very quickly chosen by Women’s Weekly as one of their best new reads!

We also had Suzanne Fortin’s ALL THAT WE HAVE LOST and Tyson Fury’s THE FURIOUS METHOD out in paperback this month, and a cover reveal for Catherine Miller’s THE CRASH:

Meanwhile, The Bookseller announced that Hugh Bonneville’s memoir, HIDING UNDER THE PIANO: FROM HIGHCLERE TO HOLLYWOOD, will be published with Little, Brown this October.

And last but by no means least, we cannot forget that our client, Nimsdai Purja, had his documentary 14 Peaks longlisted for a BAFTA!

This month, Nancy Tucker‘s THE FIRST DAY OF SPRING was published in Taiwanese and Russian, and has now been sold in Croatia—bringing the number of territories where you can find Nancy’s book to NINE!

Sir Ronald Cohen’s IMPACT was also published in Italy on 13th January—making it available in English, Italian, Japanese, and Korean.

You didn’t think we’d let this whole article pass without mentioning our own team, did you? This month we found our very own agents in The Bookseller (twice: 1, 2), and announced a new agent! We absolutely can’t wait to have Rachel join us in March.

That’s it for now, folks. See you in February.